You are here: Home / Library / Chronicles of a Parson’s Wife 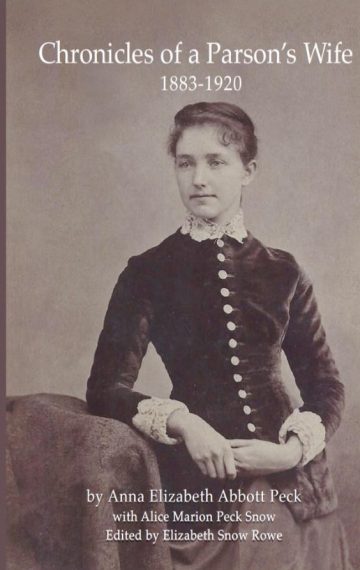 Published in 2022 from a “found” manuscript, the diaries of Anna Abbott Merriman Peck, wife of Rev. Theodore M. Peck, who built the gothic St John’s Episcopal Church on Green Hill Rd, in 1919, still an architectural treasure of Washington.

The manuscript was assembled by Anna with her daughter Alice M. Snow, from Anna’s diaries, while they lived in the “Rooftree”, the large, now restored, victorian house across Green Hill Rd from the church.  It is a very interesting book from a historical perspective, as well as being well written and entertaining, describing their lives as they marry and raise five children while moving around Connecticut before being permannently settled at St. John’s in Washington.